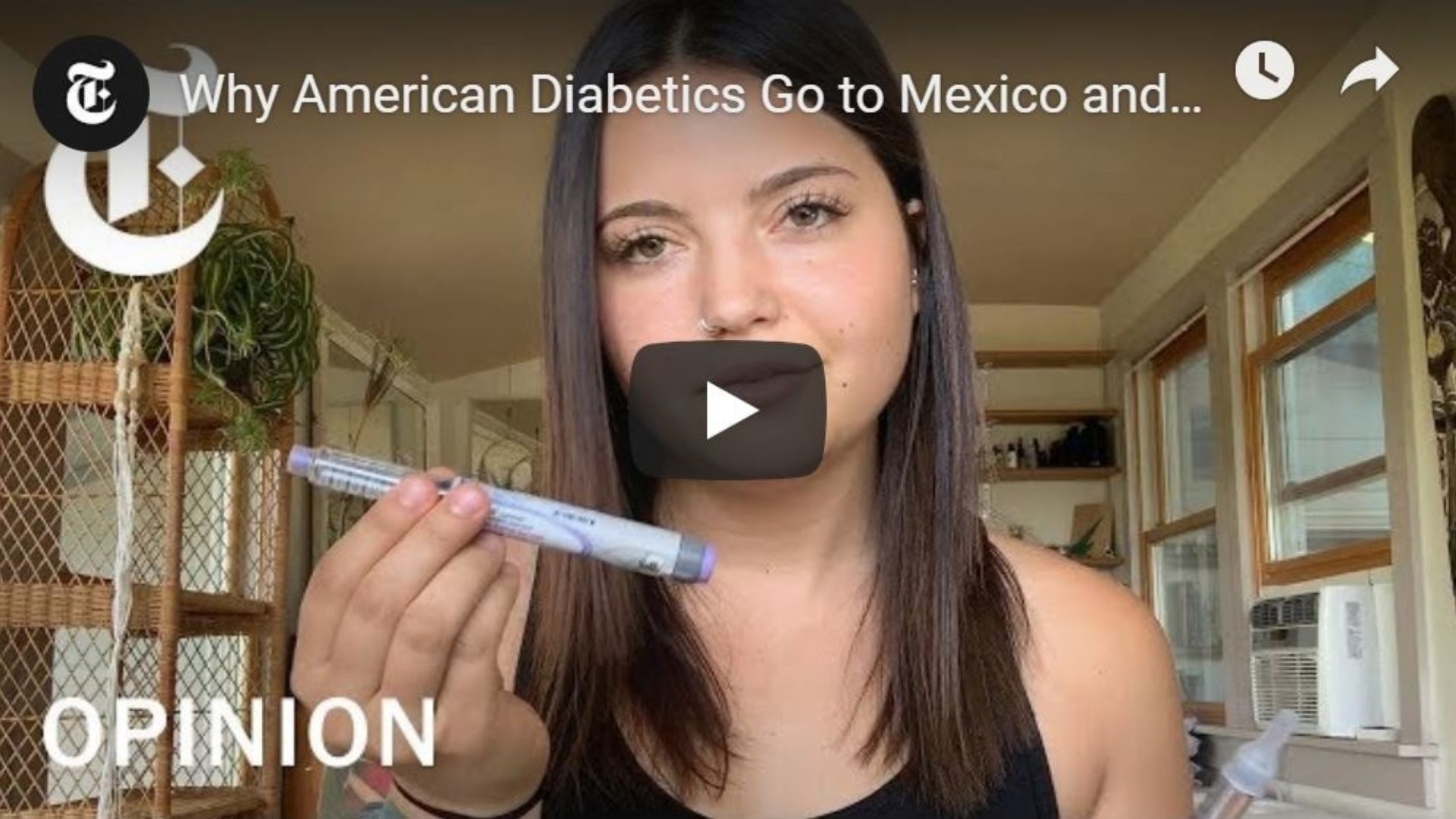 “I should not have to buy my insulin in the parking lot off a stranger as if it were a drug deal,” said Paulius Podziunas in an emotional New York Times video op-ed about the struggles Americans living with Type 1 diabetes face due to the rising costs of insulin.

Type 1 diabetes is a manageable disease, but daily insulin injections are required to keep patients alive. The problem is that millions of diabetics in the U.S. can’t afford their medication because prices are out of control. In the past 20 years, the cost of insulin has increased well over 1,000 percent — even though the drug formula itself hasn’t changed or improved much.

“None of us should fear death from a perfectly manageable disease, but we do because American drug makers can arbitrarily raise prices to line their pockets, and Congress hasn’t done anything to stop them,” said Laura Pavlakovich in the New York Times op-ed.

The “big three” insulin manufacturers (Eli Lilly, Sanofi, and Novo Nordisk), which control 90 percent of the world’s insulin market, have raised their list prices in lockstep for years, according to a Business Insider report. Between 2012 and 2016, the cost of insulin for treating Type 1 diabetes nearly doubled, according to the nonprofit Health Care Cost Institute.

Running out of options

Price hikes of lifesaving drugs like insulin are causing people to take desperate measures to survive. Many choose to stretch out their supply for as long as they can; others travel to Canada and Mexico where they know they can stock up on month-long supplies at a much more reasonable price.

For one patient, the difference between buying insulin in Mexico versus the U.S. was $3,100 in savings for a 3-month supply, as reported by Kaiser Health News. Another group — a small caravan of Americans — recently saved a whopping $10,800 in Fort Frances, Ontario, during a cross-border drug run, according to the Washington Post.

“It felt like we were robbing the pharmacy,” Quinn Nystrom, a Type 1 diabetic, told The Washington Post. “It had been years since I had 10 vials in my hands.”

But for those who are unable to go on regular cross-border runs, the options are very limited: They either turn to the black market where many diabetics advertise their insulin for sale, or even worse, they ration their insulin doses. Sadly, rationing happens far too often. A recent survey by T1 International confirms that globally, rationing insulin is all too common. U.S. respondents, according to the survey findings, had the highest degree of rationing of insulin and supplies compared with other high-income countries.

Other key findings from the survey:

The findings from this survey — the largest international survey assessing out-of-pocket costs, insulin rationing and blood glucose testing rationing — show a worryingly high number of people with Type 1 diabetes are subject to life-threatening rationing due to financial costs. They also reveal that most countries offer a patchwork of sources of financial coverage rather than a comprehensive safety net. The full data and report can be viewed here.